Stephen Chin from Australia had named his IPP34 Exchange Puzzle the "Rose Pennyhedron", probably because it sounds better and also easier to pronounced than its scientific designation ie "Rhombic Dodecahedron". What a mouthful! 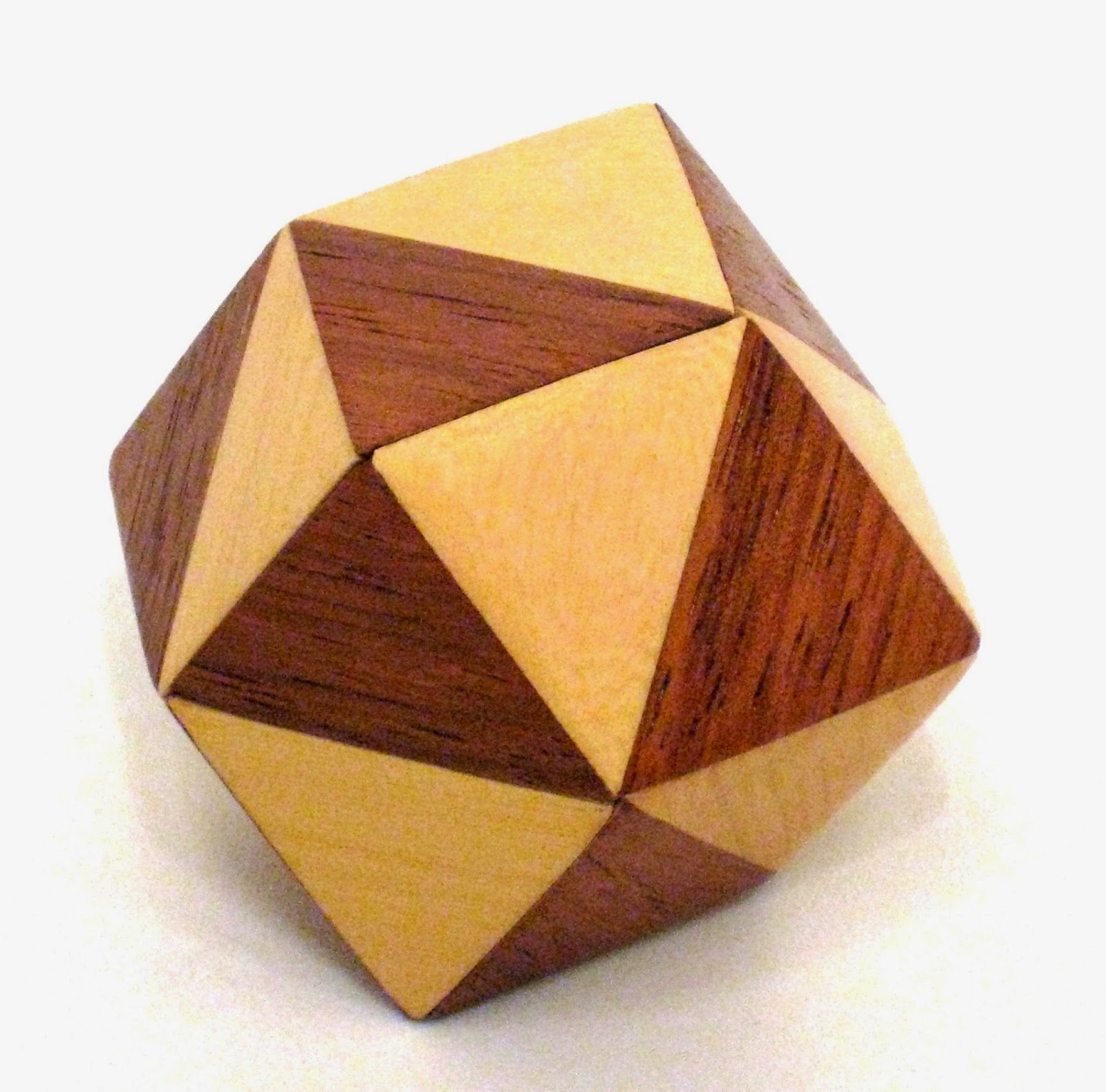 What is an "RD"? Well, you can check out its meaning here. You're not alone if you don't understand the explanation, I don't either.

The RD comprises three pieces, each of which is made up of several other triangular-shaped pieces glued together. The woods appear to be Maple and Cherry. Overall the construction fit and finish is very good and the tolerances are very tight. So tight at first that that I had to leave it in my dry-box for a couple of days to make sure the puzzle was dehumidified.

The object of the RD is to "open" it...separate the pieces. As I mentioned, the tolerances are very tight so it took me a while to find the join lines separating the three individual pieces; no easy task mind you. 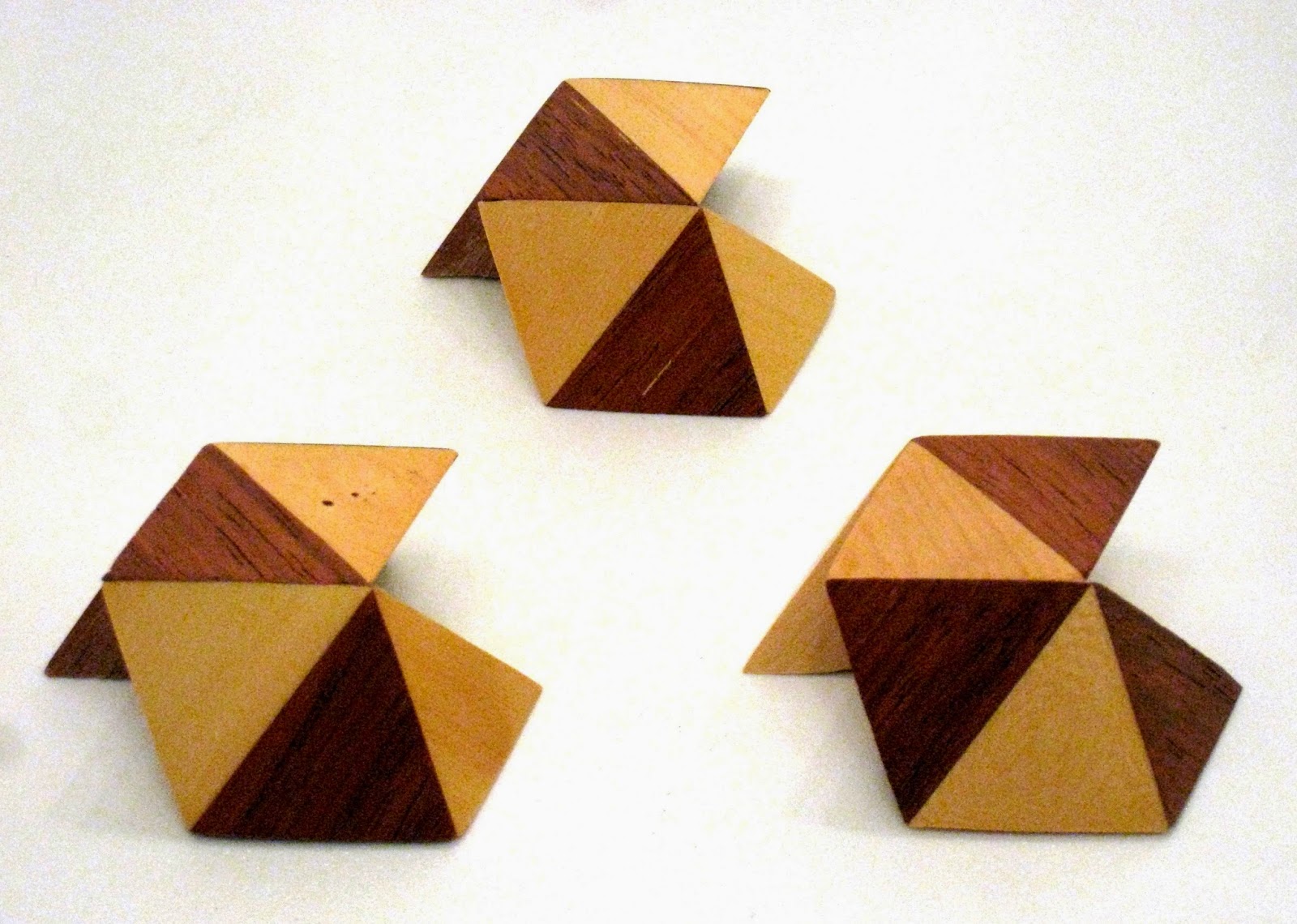 Once I got past this bit, it was a matter of pressing and pulling to see how the three pieces would separate themselves. This is a co-ordinate motion puzzle and for most co-ordinate motion puzzles, generally no force is required, but for the RD, I did find that I needed to apply a tad more strength to split the pieces. When it opens, the puzzle does look like a flower opening, hence the name."Rose". But I am not sure what the "penny" refers to tho'.

While the pieces appear to be identical, I found that if I did not fit the pieces together as per their original positions relative to each other, the fit was not perfect and I could feel this in the join lines. Took me several tries before I got it right and the whole puzzle became smooth to the touch.

[Edit 26 Jan 2015: Lionel Depeux has written to me about the name Pennyhedron (Thank you Lionel). Here are his comments below-


I believe there’s no hidden meaning to be found in the name: ‘Pennyhedron’ was the name for the original puzzle of that kind (designed and made Stewart Coffin), which was only a 2-piece puzzle.
As to where the original name came from, you’ll find an explanation on Eric Fuller’s website: